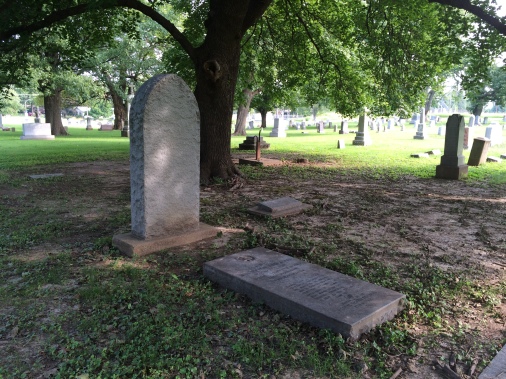 Both grave markers together in Borromeo Cemetery (photo by Nicholas Lemen)

Jean Baptiste Point du Sable and Louis Blanchette, two minor yet notable figures in American history, spent the end of their lives as residents of St. Charles, Missouri. Both men are remembered as founders of American cities. Interestingly, both were buried in the graveyard of the original St. Charles Borromeo church (named after the Cardinal of Milan, Carlo Borromeo) at Jackson and Main Streets. As the city expanded, the graves were moved to a second location in 1828, then to a third in 1854. Today their graves are marked side-by-side in the St. Charles Borromeo Cemetery on Randolph Street.

Louis Blanchette is known to St. Louisans as the founder of St. Charles, Missouri—long regarded as St. Louis’ provincial sister to the northwest. A French Canadian, Blanchette settled there in the 1760s. There he met local Native Americans (and married a Native American woman) and another French Canadian, who already referred to the place as Les Petites Côtes, literally “The Little Hills.” Blanchette took the extra step of officially recording the name as Les Petites Côtes, and served as a local leader until his death in August 1793. Blanchette helped transform Les Petites Côtes into a small but important trading post on the Missouri River. Despite certainty about Blanchette’s origins in French Canada and his residency in St. Charles, other details of his life are harder to pin down. Under Spanish rule, the village was renamed, but Les Petites Côtes has earned a degree of immortality in the form of St. Charles’ annual Festival of the Little Hills. 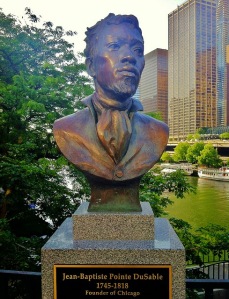 A modern representation of Point du Sable—there are no known portraits of him created during his lifetime (blackhistoryheroes.com)

Jean Baptiste Point du Sable is notable as the first non-Native American settler of the area that would become Chicago, Illinois. He is very much celebrated as a historical figure in Chicago, but residents of St. Charles and St. Louis often overlook Point du Sable’s historical importance.

Though he has earned fame as the founder of Chicago, historians in the past disagreed about his origins: some thought that he was French Canadian, while others asserted that he was a freed slave, originally from Hispaniola. Despite past disagreements about his biography, Point du Sable’s good fortune in settling near the mouth of the Chicago River in the 1770s earned him an important spot in the history of American cities. In fact, he was born free in Haiti, to a French father and an African mother. He traveled to the territory around the Great Lakes as a young man, eventually settling near the Chicago River. His trading activities are noted several times in accounts of traders in the last quarter of the 18th century. According to the Encyclopaedia Britannica, he and his Potawatomi wife, Kittihawa (Catherine) built a large and successful homestead, comprised of several buildings, which provided a good supply of food to eat and trade. For reasons unclear, he sold his homestead on the Chicago River in 1800. Point du Sable also owned land in Peoria, Illinois where his family lived for a few years after leaving Chicago. 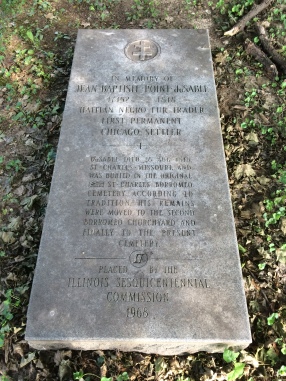 Both men are supposedly buried next to each other in the third Borromeo Cemetery. The UIC research team actually visited Borommeo Cemetery and using “state of the art ground penetrating equipment,” examined the area in which Point du Sable is believed to be buried. They make no clear conclusions, but seem skeptical that either of the men’s bodies are actually buried near their current grave markers (though I, myself, have no reason to doubt the records of the St. Louis Archdiocese).  Regardless the location of their remains, their names live on in St. Charles and elsewhere. Blanchette’s name can be found on a bridge, a park, a street, and a creek; a riverside park is named after Point du Sable. 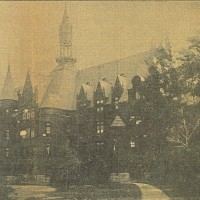